Latest pricing on 45 colt ammo, that is in stock and ready to ship. Deals From Industry Experts. Top branded 45 long colt ammo available. 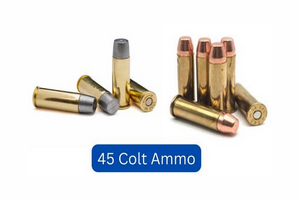 Several brands are on the market, and it is essential to research and purchase from a reliable source. You should also consider the price of the ammunition when buying 45 Long Colt ammo. It is important to shop around and compare prices to ensure you get the best deal.

Online ammo directories can help you to find all in-stock deals in one place.

Let’s jump into a bit more detail on 45 colt ammo.

About & History of 45 Colt Ammo 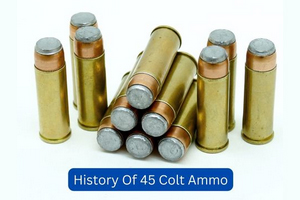 45 colt ammo was developed in 1873 by Colt’s Patent Fire Arms Manufacturing Company and intended to be a military round. It was initially used in the Colt Single Action Army revolver and was very popular in the American.

45 Colt has been around since 1873, making it one of the oldest American cartridges. It was designed for the military to replace the .44-40 Winchester cartridge. The .45 Colt was considered to be more powerful, and it quickly gained popularity among gun owners. 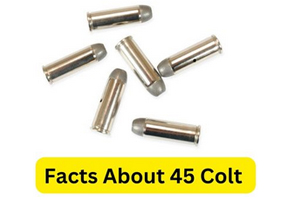 The 45 Colt ammo is a revolver cartridge used in various firearms, including the popular cowboy revolvers of the 19th century. Here are some interesting facts about the 45 Colt ammo. The 45 Colt was the most popular sidearm for the U.S. military from 1873 to 1892. 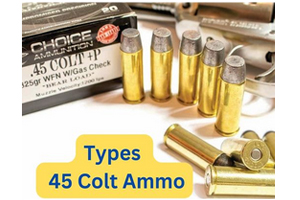 The .45 Long Colt (LC) is a classic, iconic handgun round used by the military, police, and civilians for over a century.

It is still popular today. Like other calibers of ammunition, the 45 colt ammo comes in a variety of forms Like:

Lead Round Nose: .45 Colt ammo LRN bullets are ideal choice for target shooting and plinking, as it is more affordable than FMJ and JHP rounds. 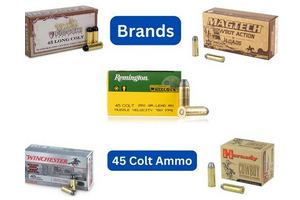 The 45 Colt Ammo is an iconic round with a distinguished history. The .45 Colt, also known as .45 Long Colt or .45 LC, is a powerful and versatile revolver cartridge used for over a century for hunting and self-defense.

This classic caliber is popular for cowboy action shooting, plinking, and target shooting. Many ammunition brands and manufacturers offer quality .45 Colt ammunition for these classic revolvers.

Winchester :Winchester offers a complete line of 45 Colt ammunition, with bullet types ranging from full metal jackets to hollow and soft points. The company also produces a variety of specialty rounds, such as the Super-X Cowboy Action load and the Super-X PowerPoint personal defense round.

Magtech: Magtech is another popular ammunition brand that offers a wide variety of handgun ammunition, including .45 Colt Ammo. Magtech 45 Colt ammo is a popular choice for shooters looking for powerful, reliable ammunition for their .45 Colt firearms. Magtech 45 Colt ammo is designed for use in revolvers and lever-action rifles. It features a lead round-nose bullet with a non-corrosive Boxer-primed brass casing.

Hornady: Hornady manufactures various bullet types for the 45 Colt, including jacketed hollow points, lead round nose, and XTP (eXtreme Terminal Performance) hollow points. Hornady 45 Colt ammo is made using high-quality components, including a heavy-duty brass shell casing and a non-corrosive primer. The bullets are available in a variety of weights and styles.

These are just a few brands and manufacturers that offer quality .45 Colt ammunition. When selecting a shot for your revolver, choose a reputable brand and read the specifications carefully to ensure the ammunition is compatible with your firearm. With the right ammunition, you can enjoy shooting your .45 Colt revolver for years to come. 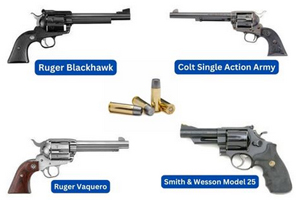 There are a variety of firearms that can fire the 45 Colt. Some of the most popular models include the Ruger Blackhawk

Other models include the Heritage Rough Rider, Uberti Cattleman, and the Chiappa Little Badger. 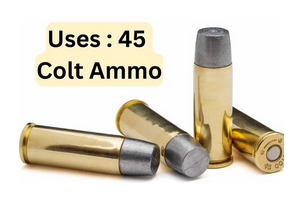 The 45 colt ammo is a powerful and versatile cartridge suitable for various uses. It is popular among cowboy action shooters and can also be used for Cowboy Mounted Shooting. 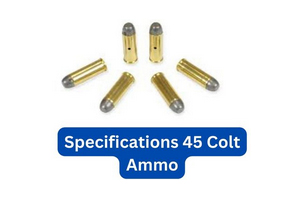 The 45 Colt Ammo has a long and storied history and is still popular today. This large-caliber handgun ammunition is used for a variety of shooting. Here are just a few of the specifications of 45 Colt Ammo: 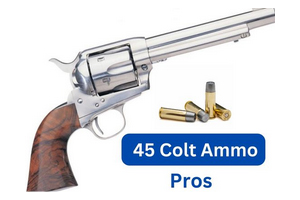 Regarding ammunition, the 45 Colt round is one of the world's popular and widely used rounds. This round has been around for over 125 years and is still widely used today due to its many advantages.

The 45 Colt round is an excellent all-around ammunition choice for various uses.

Q. What is the Best Use for 45 Colt Ammo?
Ans: The 45 Colt is excellent for self-defense, hunting, and target shooting. The 45 Colt’s large bullet diameter and extended length make it capable of greater penetration than other handgun calibers. It is also an excellent choice for lever-action rifles due to its heavy, large-diameter bullets.

Q. What is the Most Common Type of Primer Used in 45 Colt Ammo?
Ans: The Boxer primer used in 45 Colt ammo is the most common type. This is a non-corrosive primer that is easy to reload. It is also the most reliable choice for reliable ignition.

Other popular searches for 38 Special Ammo